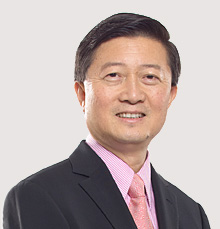 Mr Tan has been providing leadership to the Board of Directors since April 2000. Mr Tan is founder of the Group and has been instrumental in guiding the Group's business, including taking the company public in 2000. As Executive Chairman, Mr Tan is responsible for the achievement of the Group's long-term goals. His role includes providing strategic leadership and exploring business opportunities for the Group. A passionate believer in the power of brands, Mr Tan is actively involved in the marketing and branding activities across the Group.

Mr Tan has been active in the local grassroots community since 1990. He received the Service to Education Award 2014 by the Ministry of Education, and was awarded the Public Service Medal in 2014 for his significant contributions to the society and in the field of business. He holds a Bachelor of Accountancy from the National University of Singapore. In 2018, he received the NUS Business School Eminent Business Alumni Award (Senior Alumni Category) for excelling in Singapore and beyond, as well as for having made contributions to serve the community. Mr Tan is also the Chairman of the School Advisory Committee of Woodgrove Secondary School since 2010. 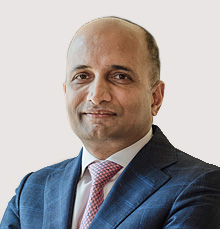 Mr Nair has been serving the Board as an Executive Director since July 2005. In October 2012, Mr Nair was appointed as the Group CEO and is responsible for the Group's growth strategy and overall oversight of its day-to-day operations. His role includes geographical expansion of business, as well as identifying new business and M&A opportunities for the Group.

Mr Nair has over 25 years of experience in building and managing the Group's business. 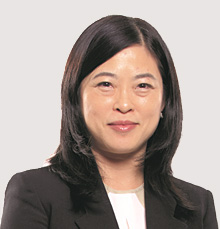 Mdm Tan was appointed to the Board as a Non-Executive Director in April 2000. Mdm Tan brings both financial and business expertise to the Board having held both executive and non-executive directorships in listed companies with interests in property, hospitality and the food and beverage sectors. She holds a Bachelor of Accountancy Degree (Second Class Honours) from the National University of Singapore and has numerous years of leadership experience in the fields of accounting and auditing. 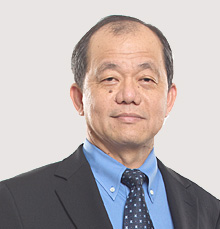 Mr Koh joined the Board as a Non-Executive Director in March 2007. Mr Koh has a distinguished career in business and is the Managing Director of Universal Integrated Corporation Consumer Products Pte Ltd and United Detergent Industries Sdn Bhd. He also sits on the Board of Directors of various companies within the Salim Group. He holds a Bachelor of Arts (Economics) Honours from the University of Manchester. 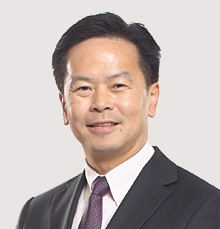 Mr Ong has served on the Board as an Independent Director since April 2000. He is the Chairman of the Audit Committee and a member of the Remuneration and Nominating Committees. As a lawyer and corporate adviser, Mr Ong brings invaluable legal and business experience to the Board. He was called to the Bar of England and Wales in 1988 and to the Singapore Bar the following year. In his more than 20 years of legal practice, he focused on corporate and commercial law such as mergers and acquisitions, joint ventures, restructuring and corporate finance. In addition to his legal practice, he is also a senior advisor of Alpha Advisory Pte Ltd (a financial and corporate advisory firm) and CEO of Kanesaka Sushi Private Limited which invests in and operates Japanese fine-dining restaurants.

In 1979, Mr Ong was awarded the President's Scholarship and Police Force Scholarship. He holds a Bachelor of Laws (Hons) external degree from the University of London and a Bachelor of Science (Hons) degree from the Imperial College of Science and Technology in England. Mr Ong was a Member of Parliament of Singapore from January 1997 to April 2011. 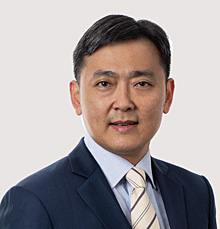 Independent Director
Mr Saw was appointed to the Board as Non-Executive Independent Director in April 2019 and is a member of the Audit Committee, the Nominating Committee as well as the Remuneration Committee. Mr Saw brings both Corporate Finance and Accounting experience to the Board, having worked formerly in industries with that domain and having started in 1999 a firm of Chartered Accountants, EisnerAmper PAC, the Singapore member of EisnerAmper Global. He is currently the Managing Partner of EisnerAmper Singapore as well as a Director with EisnerAmper Global. He has been on the Board of Directors for other SGX mainboard listed companies and holds a Bachelor of Accountancy from Nanyang Technological University. His other professional memberships include: Fellow Chartered Accountant Singapore, Chartered Accountant (ICAEW) and Fellow of the Insolvency Practitioners Association of Singapore. 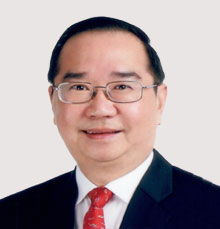 Mr Tan was appointed to the Board as a Non-Executive Independent Director on 24 April 2020. He is a member of the Audit Committee, Nominating Committee and Remuneration Committee. He has more than 40 years of experience in corporate advisory and auditing, and general management.

He is currently serving on the Boards of various public and private companies in Singapore. He also holds directorship in charitable organisations such as the D S Lee Foundation, EtonHouse Community Fund, Children's Charities Association and Kwan Im Thong Hood Cho Temple.

Mr Tan is a qualified financial professional from the Association of Chartered Certified Accountants of the United Kingdom. He was conferred the Public Service Medal (PBM) in 1996.